The Latin American Motorcycle Association (L.A.M.A.) was founded in 1977 in Chicago’s notorious Humboldt Park neighborhood. From its inception L.A.M.A. was intended as a Moto-Touring club with truly Democratic ideas. A lone chapter until the first chapter was started in Miami in 1995, L.A.M.A. became a National Association when the first national president was elected in 1996.

In 1999 L.A.M.A. became an International Association with chapters in Puerto Rico, Mexico, U.S.A. & Cuba. Presently L.A.M.A. has additional chapters in Uruguay, Venezuela, Argentina, Spain & Australia. L.A.M.A. was intended as the club of the 21st century and is a work in Progress, to be continued by the flow and ideas of new members in near and far off lands!

L.A.M.A. is a club without borders. We have evolved into an “International Humanist Association”. We accept working people from all walks of life regardless of nationality, race, color, religion, social class, gender, age, brand of motorcycle. We believe that it is more important to be human than to be Latin, Asian, black, white!

L.A.M.A. is one of the most respected clubs in the world. As a L.A.M.A. member there are doors opened to you in every city where we have chapters. To know L.A.M.A. is to visit the other chapters, especially chapters in other nations.

L.A.M.A. is recognized as one of the most active long distance riding clubs in the world.

Our women (DAMAS de LAMA) accompany us on their own motorcycles, riding X-treme
distances, which most Bikers find way too far and others find a challenge of endurance.

WELCOME TO L.A.M.A.! YOU HAVE JUST JOINED ONE OF THE BEST CLUBS IN THE
WORLD. WE CHALLENGE YOU TO HELP US IMPROVE IT. 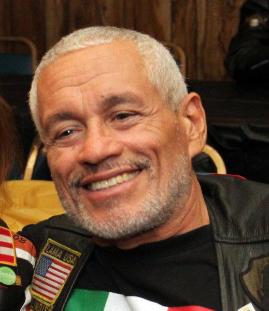 Take a look at our gallery of awesome rides and great people.